Interview with the Team Captains 21/22 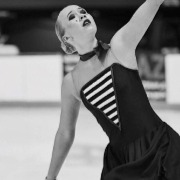 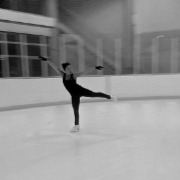 How did you start your figure skating career?

Since I was a little girl I've loved to skate and it all started with me skating with my family on the lake during Winter. The year I turned 9 I started skating in what would become my home figure skating club. At first, the focus was on single skating but when I was 12 synchronized skating came into the picture where I competed a season in the novice class and four seasons in junior class. The Swedish championships and Leon Lurje Trophy are two competitions I’ve participated in every year, but the junior world's 2018 is the competition I’m most proud of. Two years ago, I chose to start skating in Landvetter to begin a new venture, without exactly knowing what it would bring me. I quit single skating which I’ve earlier always have had in parallel and chose to give my everything in synchro. Started skating with and got to know a new coaching team consisting of my biggest role models. Not only did I get to skate with them, but I saw results in my skating which made me even more passionate. A year later, Team Inspire was founded and since then I’ve given my everything to this team.

My mom was the reason I started figure skating. When she was young she was one of few people who didn't know how to skate in her class and therefore she wanted me and my sisters to learn how to be on the ice. Since then I have mostly been a single figure skater and didn’t start my synchro carrier until 2016 in my hometown Borås. After two years I chose to take a little break and I am now back to giving it all with Team Inspire. 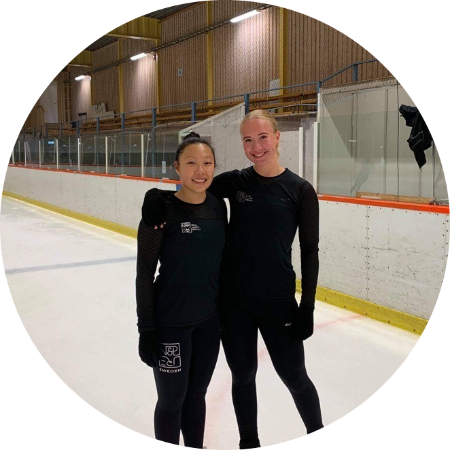 What has it been like to skate in Team Inspire last season?

"It has been exciting and I’m proud of being a part of creating Inspire as the team captain. The skaters in the team come from several different places and most of us had never skated together before but since we practiced a lot, we also got to know each other very quickly. It was tough those weeks when we only met digitally, we felt far apart from each other no matter how many times a week we kept in touch. At the same time, I felt that we somehow managed to get closer to each other, today we take nothing for granted and are grateful for each other and what we do together. To catch something positive out of the pandemic, probably none of us have ever longed and looked forward to the competition as much as we do now. There has always been a focus on creating a common mindset to develop as much as possible. Personally, it’s a blessing to have found something that I want to give my everything for. I’ve butterflies in my stomach every time entering the ice", Elin says.

Annica says "The last season was very tough. Mostly because we practically did not get the chance to skate together or the chance to see what we could have accomplished on the ice. Despite the obstacles of being home and working out one by one through Zoom, we did accomplish one thing together. And that is to get through the tough year. We certainly could not have done it without the amazing coaches that did everything in their power to let us develop our skills even though we were not on the ice. We are now united and still have a lot to figure out but we are ready to face it all"

What are you most looking forward to in the coming season? What are your goals?

We are looking forward to the upcoming season to see what we can accomplish together and are also very excited to meet other teams in the world. Personally, my goal is to get the chance to compete and perform in front of an audience and feel the adrenaline again.

After being in our own bubble since the start, I look forward to performing for the very first time! It will be exciting to see how far we’ll reach this season and I want us to be proud of what we’re achieving. I’m longing for the thrill and nervousness on the competition ice and I’m very much looking forward to international competitions where we get to meet and compete against other teams. Of course, I’ve several individual goals for this season, in general, I want to see great skating development.

In the long run, I want to achieve something bigger. Not quite sure what it is, but I know I will feel it the day we’ve reached it. I want to reach my fullest potential as a figure skater and at the same time experience what it’s like to practice until you’re the best. I want to continue to feel the passion I do today and one day I want us to be world champions, it’s the finest title you can have as an athlete after all.